I arrived in Warsaw at lunch time and right next to my hotel was a “traditional restaurant, so I wasted no time.

Pierogi are traditional fried Polish dumplings. They can be filled with meat, cheese, vegetables. They’re fried and then served covered in a very oily bacon “gravy”.

I ordered the mixed portion. They looked and tasted like a bucket of Findus Crispy Pancakes. 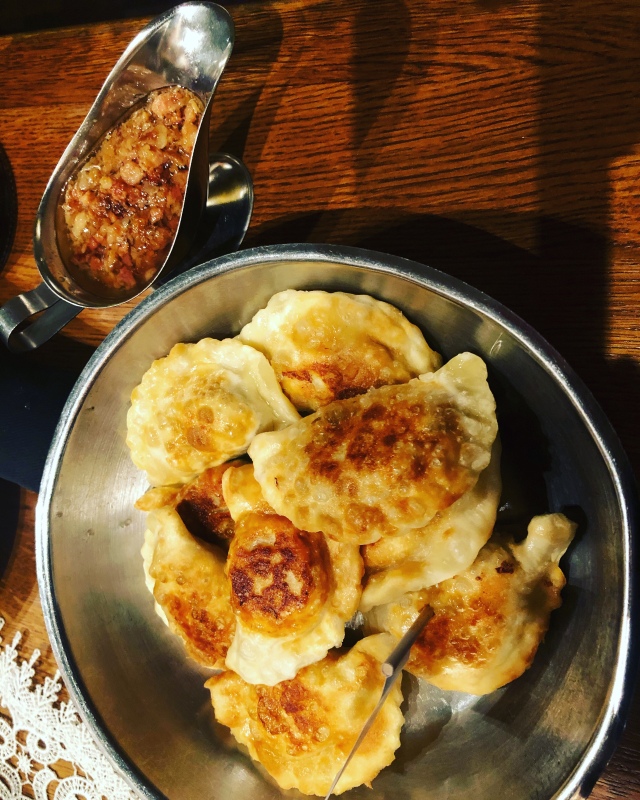 This was not an inherently bad thing. I imagine that if you’re a manly Pole off to do manly Polish things these set you up just right; but I’m neither planning to toil in the fields of Silesia nor build someone’s extension in the Home Counties. They left me feeling exhausted, fat and oily. I may be all of these but I don’t like to feel it.

I defend Warsaw whenever anyone asks me about it but, as history has taught us, that’s not always easy. The city was largely rebuilt by some pretty grim communist architects. The sky is oddly colourless; neither grey nor white (and certainly not blue).

But there’s an underlying sense of ambition in Warsaw, the city seems to be full of young people who want to make it a trendy, modern city. There are very cool bars and shops if you look for them (and ignore the Irish bars and strip clubs for the British stags).

I’m staying in a c.£100 a night hotel and yet things are lovely. Just look at the breakfast pancakes; 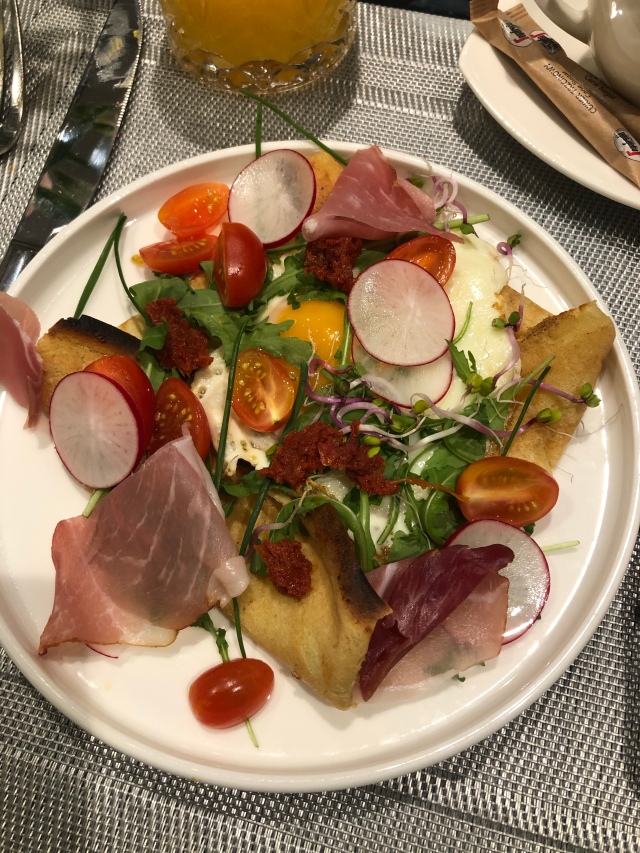 There’s also a huge amount of vegan food in Warsaw and a real buzz about it. The first vegan place I tried was delicious. An enormous pile of crisp falafels with all the lovely bits that go with them. I spent a very happy time putting together different combinations to dredge through the hummus 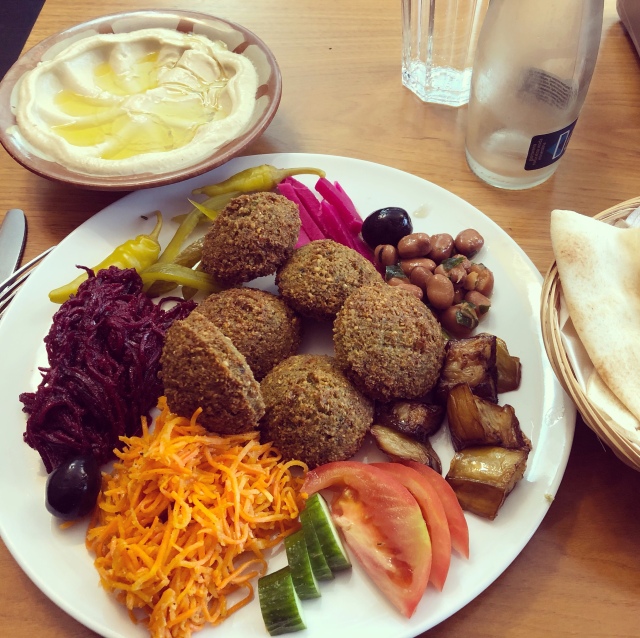 The next lunch I went from fully vegan to merely veggie. Again the food was great. 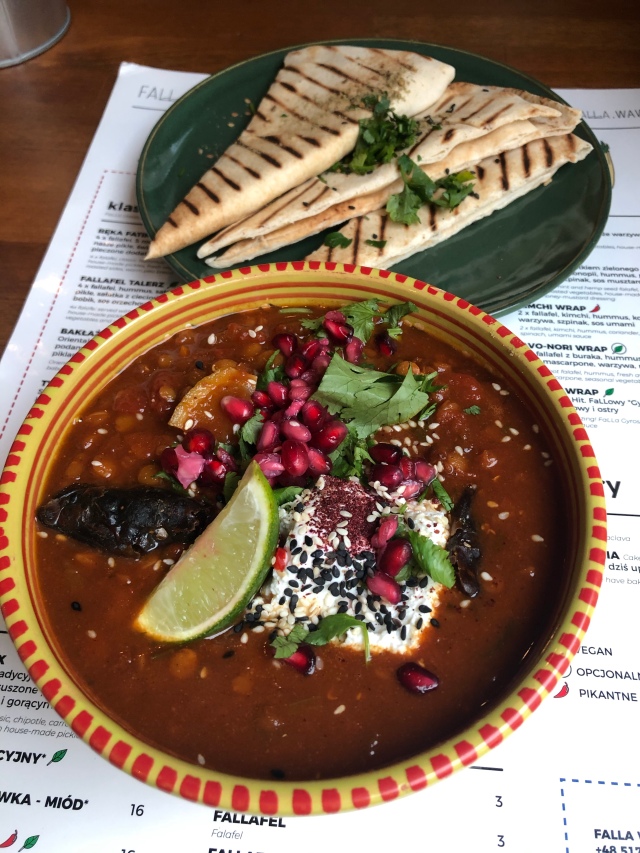 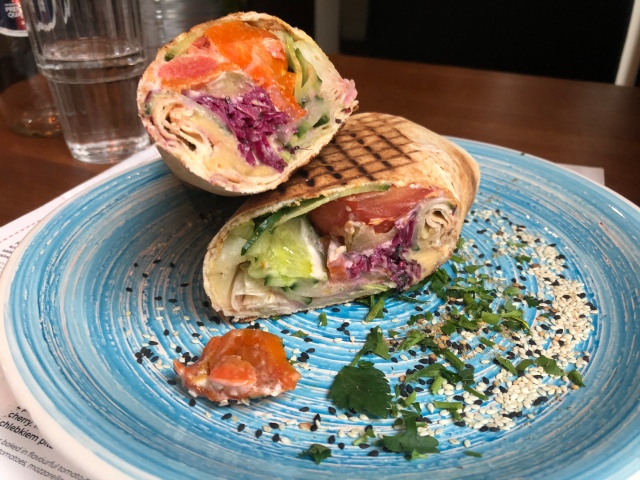 who would have thought Warsaw had such great and varied food.

A country which has always enjoyed the good things now has a few quid and is doing brilliant stuff; portions are generous, puddings are teeth melting and beer is plentiful. Who cares if you’re enjoying it all in a brutalist bunker that looks a bit like my school’s 60s built tech block.