The food in Venice Beach is complex and conflicted. On the one hand Venice Beach is the heart of California’s body beautiful cult. In a place where even the homeless have abs everyone’s body is their temple. But on the other it’s also where America comes to drop out (because Americans even need designated places for various misbehaviours – Vegas and New Orleans are others). All day hedonism inevitably creates a craving for the filthiest indulgences. And, let’s be honest, this is still America.

First stop, Abbot Kinney, apparently one of the coolest streets in America.

I don’t know what Matcha is, even now I’ve eaten it, but in soft serve ice cream form it looks like “purest green”. (As first created by Lord Percy in the 15th century.)

It starts off tasting like slightly under sweetened raw cake mix, before quite quickly falling away to nothing. I didn’t finish it.

Next stop, brunch with friends who live here. Given we’re in LA and I can see the sea I go for fish tacos, they’re a bit underwhelming. Tacos have demonstrated they can be so much more than this half arsed, self assembly, offering. Tacos should be a delicate balance of powerful flavours, but these are meant to be built by an amateur (me). Then again it would take an alchemist, to create something truly delicious from over cooked fish, microwaved black beans, diced tomatoes, guacamole and limp flavourless pickled carrot. Still the Bloody Marys were good.

Perhaps this is all tacos were ever meant to be, perhaps we’ve all been spoilt by what they’ve become.

A leisurely bike ride along the front and we’re in Santa Monica ordering Poke Nachos. This feels like a dish which encapsulates and shares LA’s tensions; Pacific meets Mexican; healthy raw fish but served on crisps; fresh and light but with underlying grease and heft. Perhaps that’s why it was so delicious. 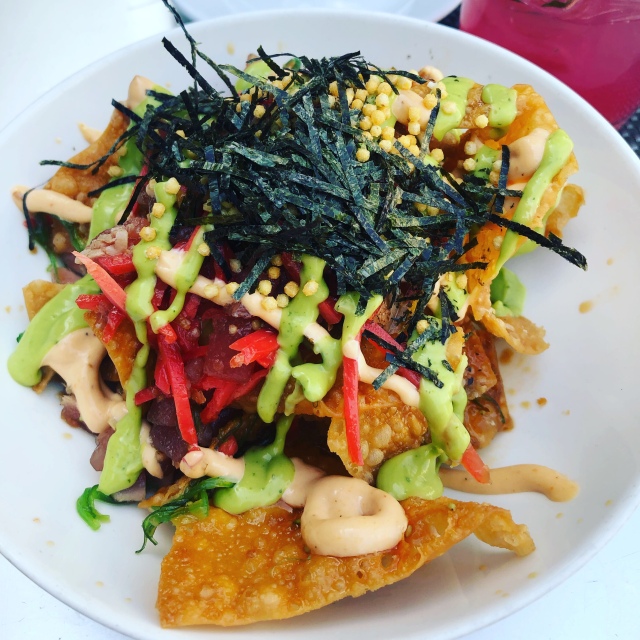 By 9pm the jet lag that had woken me at 4am is starting to kick in again. I’m back at my hotel and have grand plans of showering then going out for dinner. I’m determined not to spend the evening trying to stay awake a couple more hours by flicking between ESPN and internet pornography.

Alas, even the best laid plans can be scuppered. I try and avoid room service as a rule, a hotel Club Sandwich eaten off my chest feels like a waste of calories and opportunity. However, I was really tired and the menu looked quite interesting.

On my last trip here I was introduced to balsamic roasted sprouts. They are delicious. Since then I’ve learned how to cook them. You need to balance the vinegar, cook them through and always burn the outer leaves. 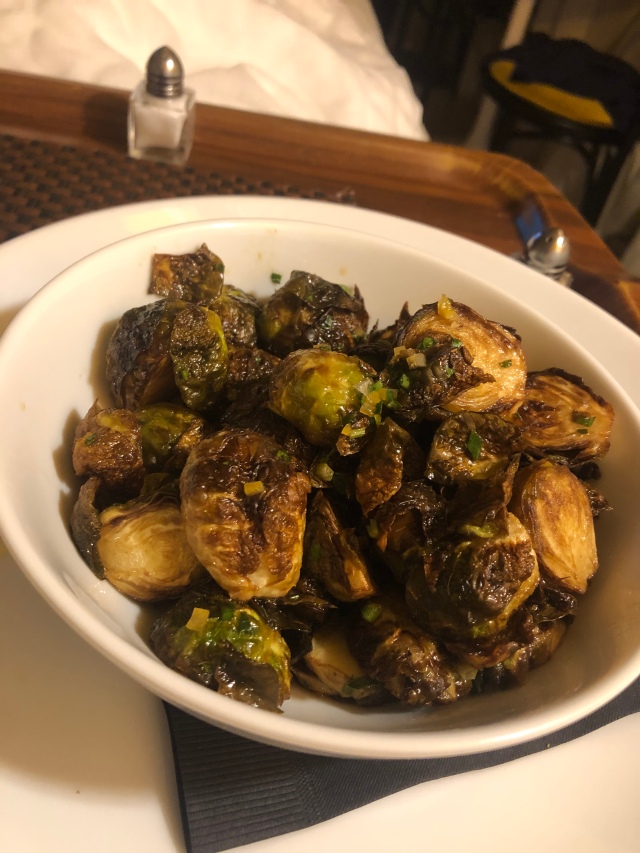 The room service menu also featured a steak burrito with stringy fries. It’d been a long day and I’d cycled about 8 miles. So,  I went dirty, but I had no idea just how dirty I was going.

The menu said it came with fries but this was incorrect. The fries were in the burrito covered in melted cheese and sucking up beef juices. It was so fucking good.  The flank steak was genuinely medium rare and so juicy the chips couldn’t get to the juice quickly enough. Cheesy blood was running down my arm onto my duvet by the third bite. 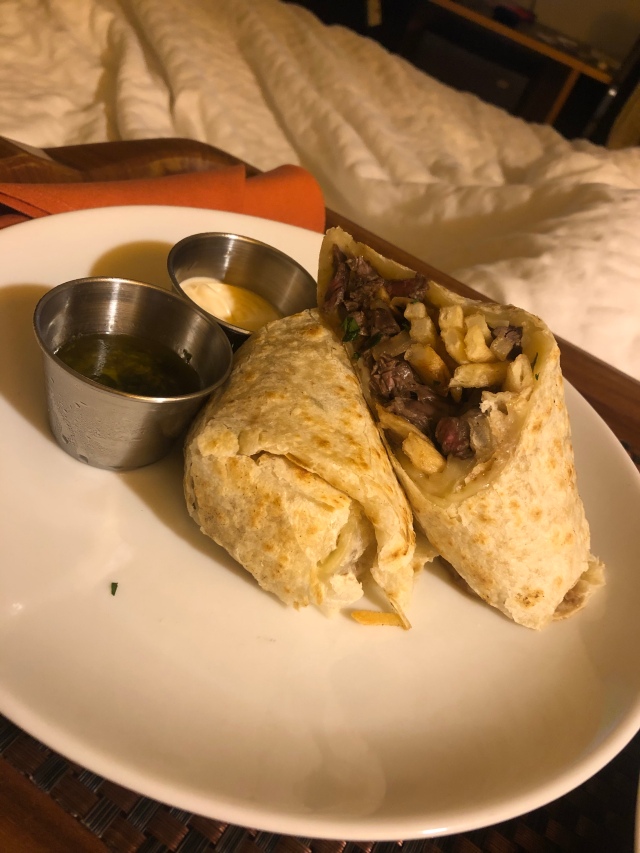 After such a filthy evening the next morning I needed to rebalance. I needed the angelic LA.

A cafe over the road from my hotel contained tattooed beautiful people and rustic bench seating, so I headed there. You can’t get more angelic LA than avocado toast with a poached egg, radish, chilliest and “micro cilantro”.

I wanted to hate it but, like the golden skinned hipster who served me, it was just too delicious.

The next day I went to Teddy Red Tacos and got the juicy, tasty taco hit I was looking for 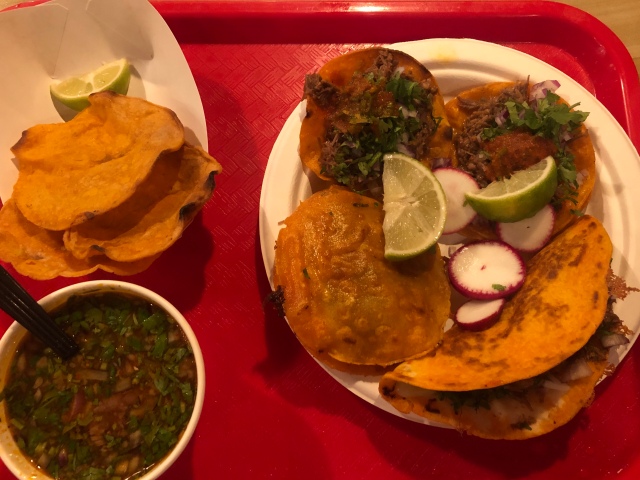